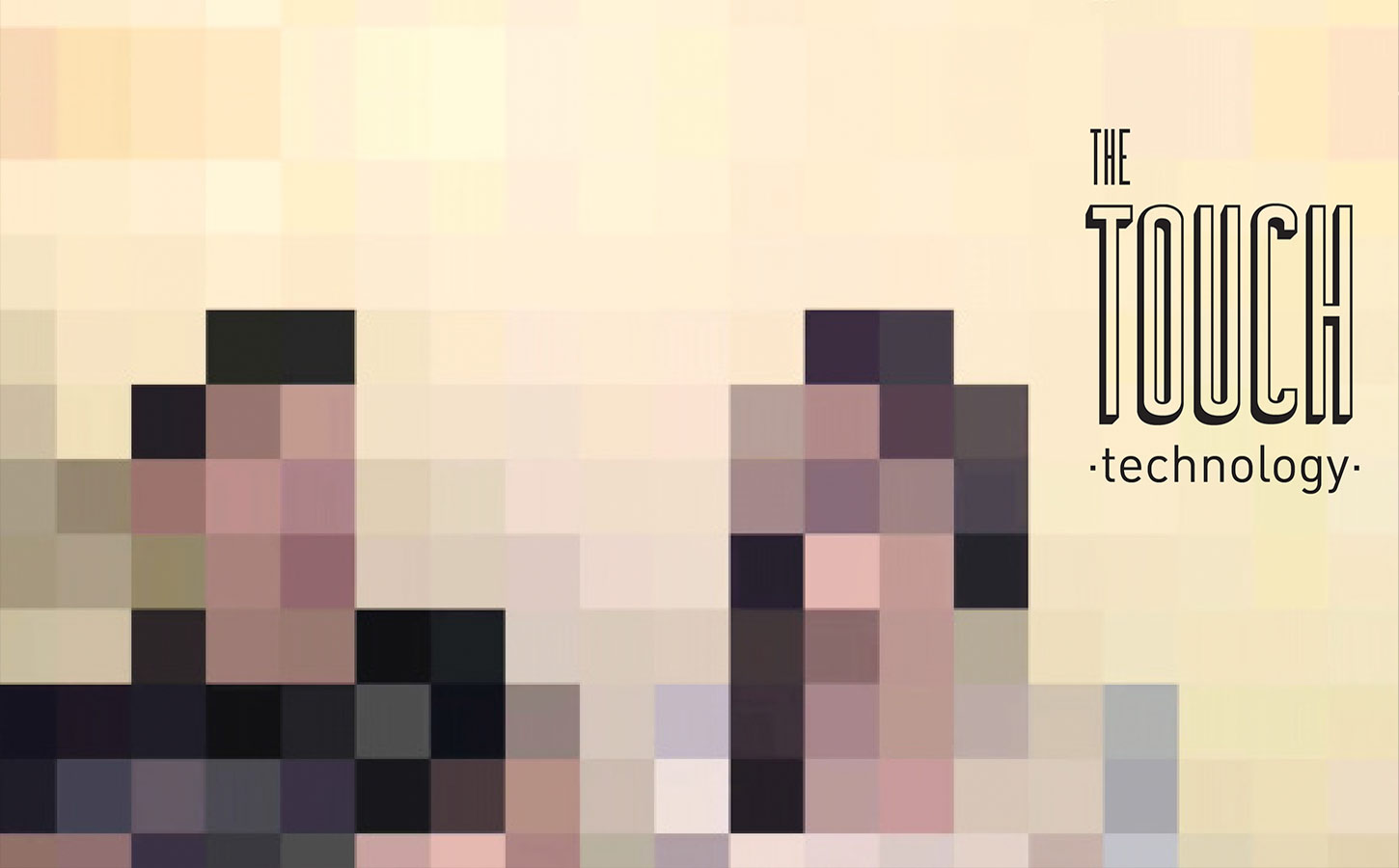 The TOUCH Technology | From the Screen to the Skin, is a touch interface for taking pictures.

This is a design exploration that proposes a different conception of what ‘touch’ is and the role that tactile interfaces play in our daily life. It shows a pixeled screen which gets sharper every time people touch each other. Thus a picture would be taken only until people are so close and tight enough to fit in the screen.

The trigger of this project is the act of taking selfies (a picture that one has taken of oneself, typically done with a smartphone) or more precisely an ‘usie’ (a selfie with more people), in which people get very tight to fit the screen and then struggle to obturate the picture by touching the smartphone’s screen.

It encourages to rethink the idea of ‘touch’ as something that could go beyond touching a phone screen to touching each others skin. Thus with this ‘touch-skin interface’ enrich this experience and change the ‘TOUCH Paradigma’.

The project uses Skintimacy, a Sensor that recognizes skin contact. It was developed at a research project carried out by the Design Research Lab Berlin (University of the Arts UdK Berlin), headed by design researcher Alexander Muüller-Rakow. 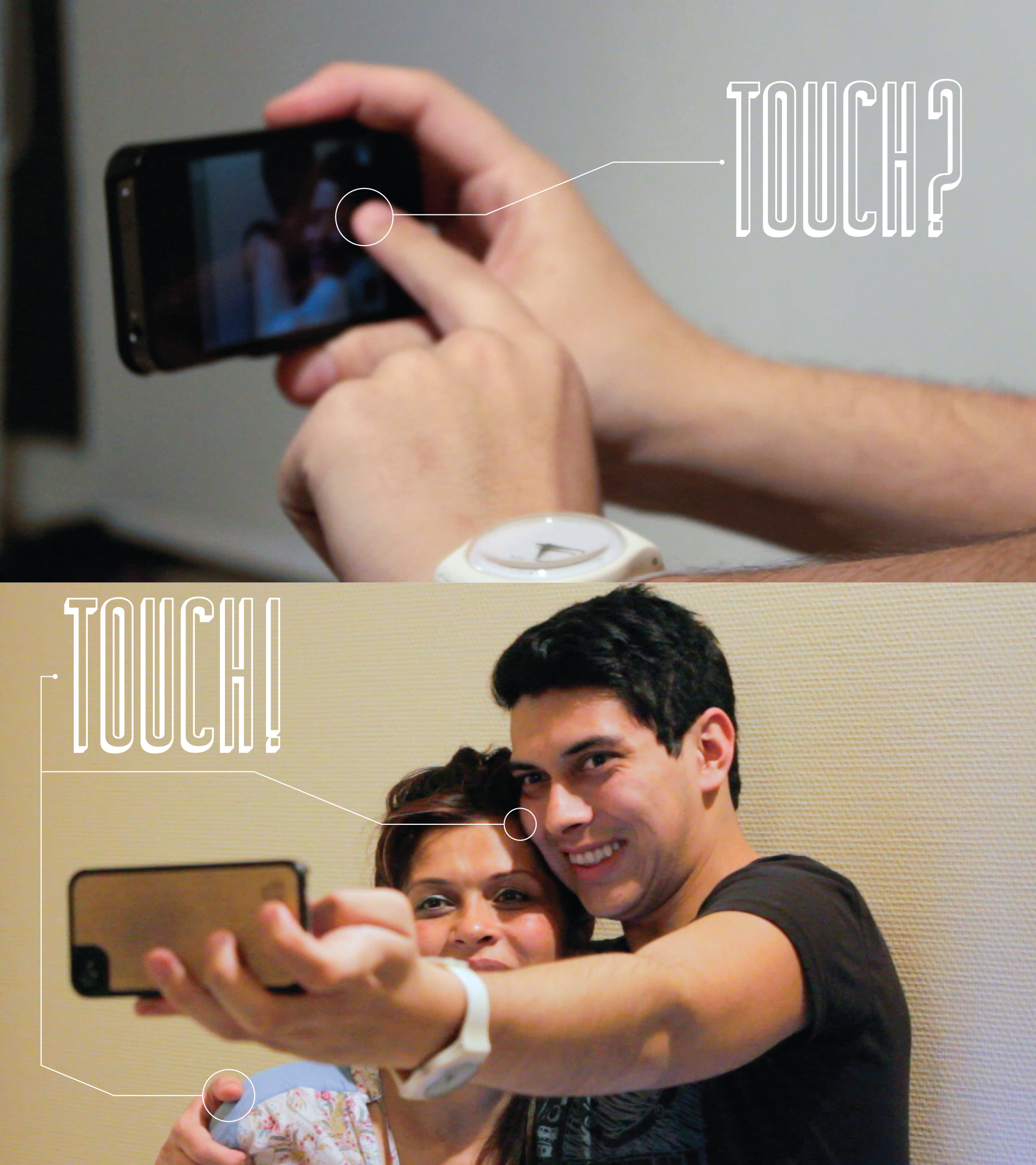 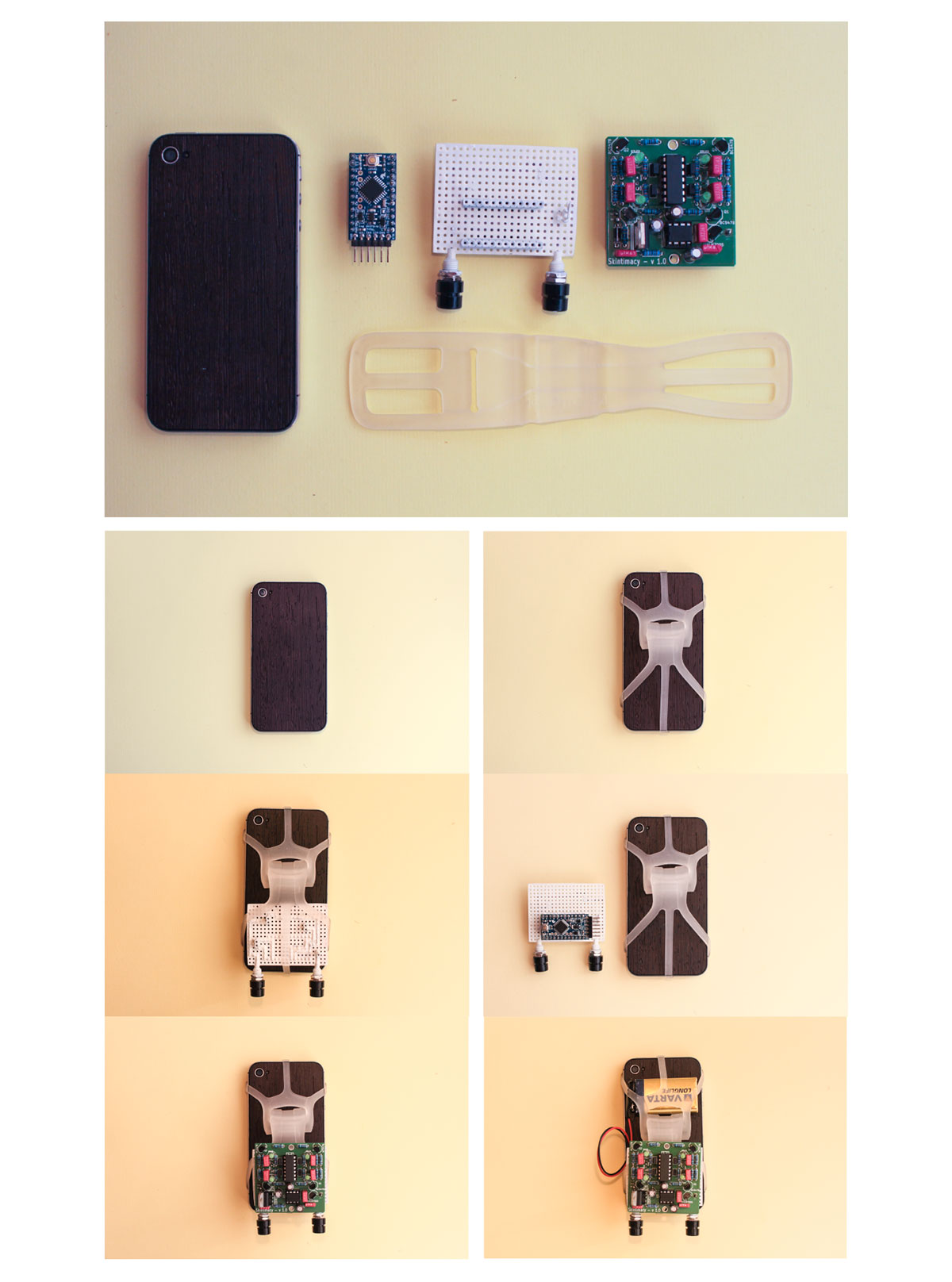 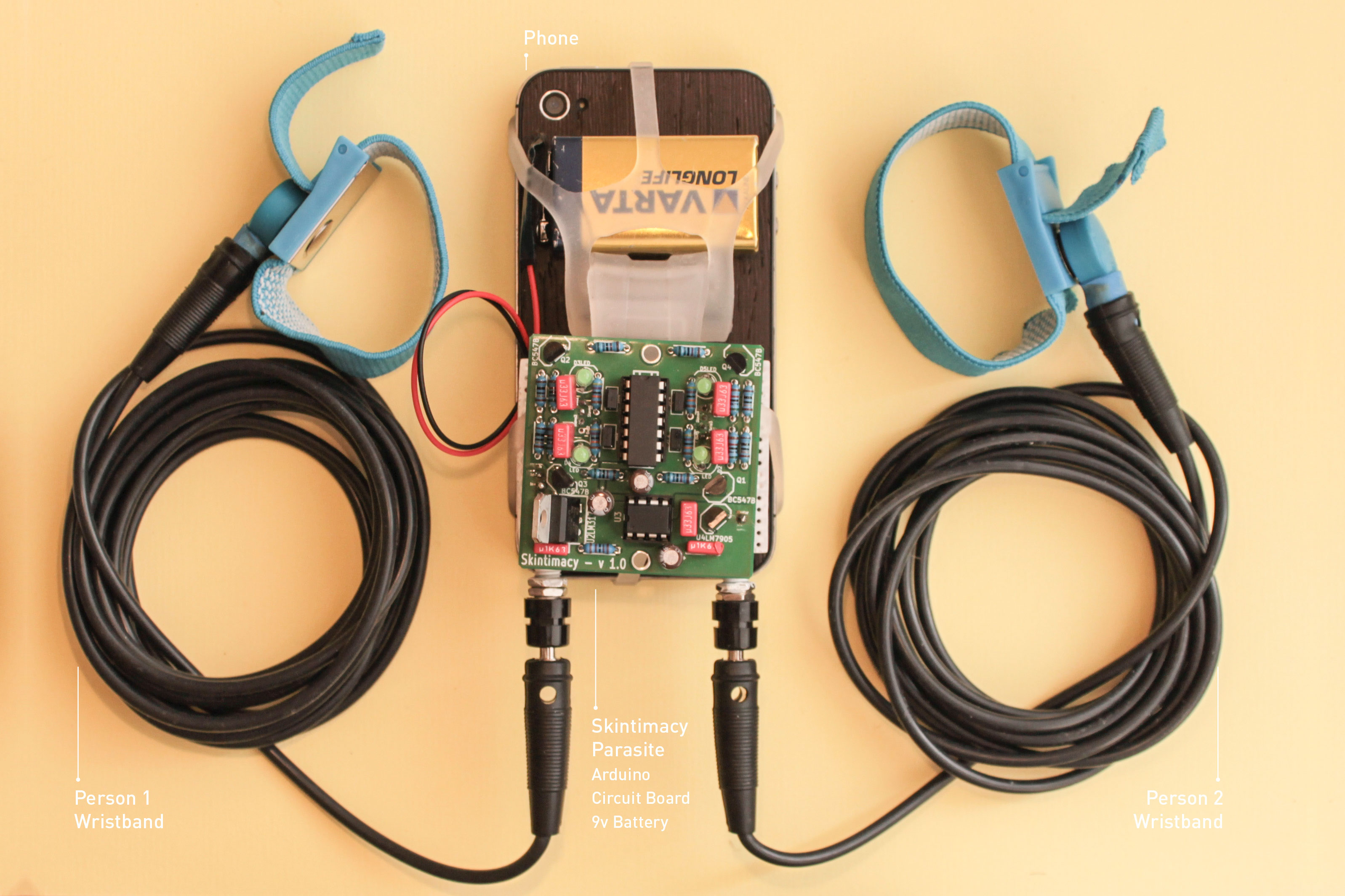 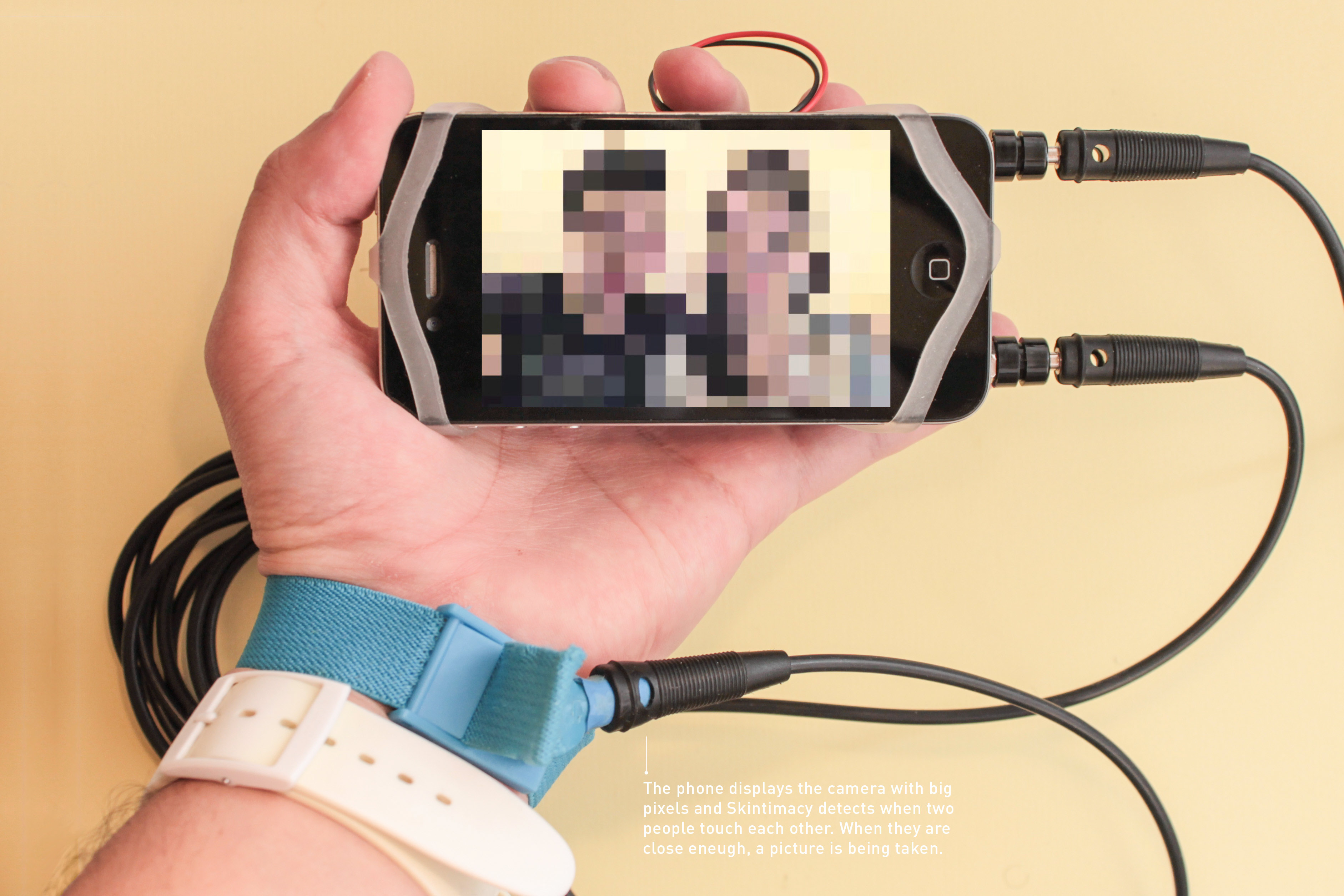 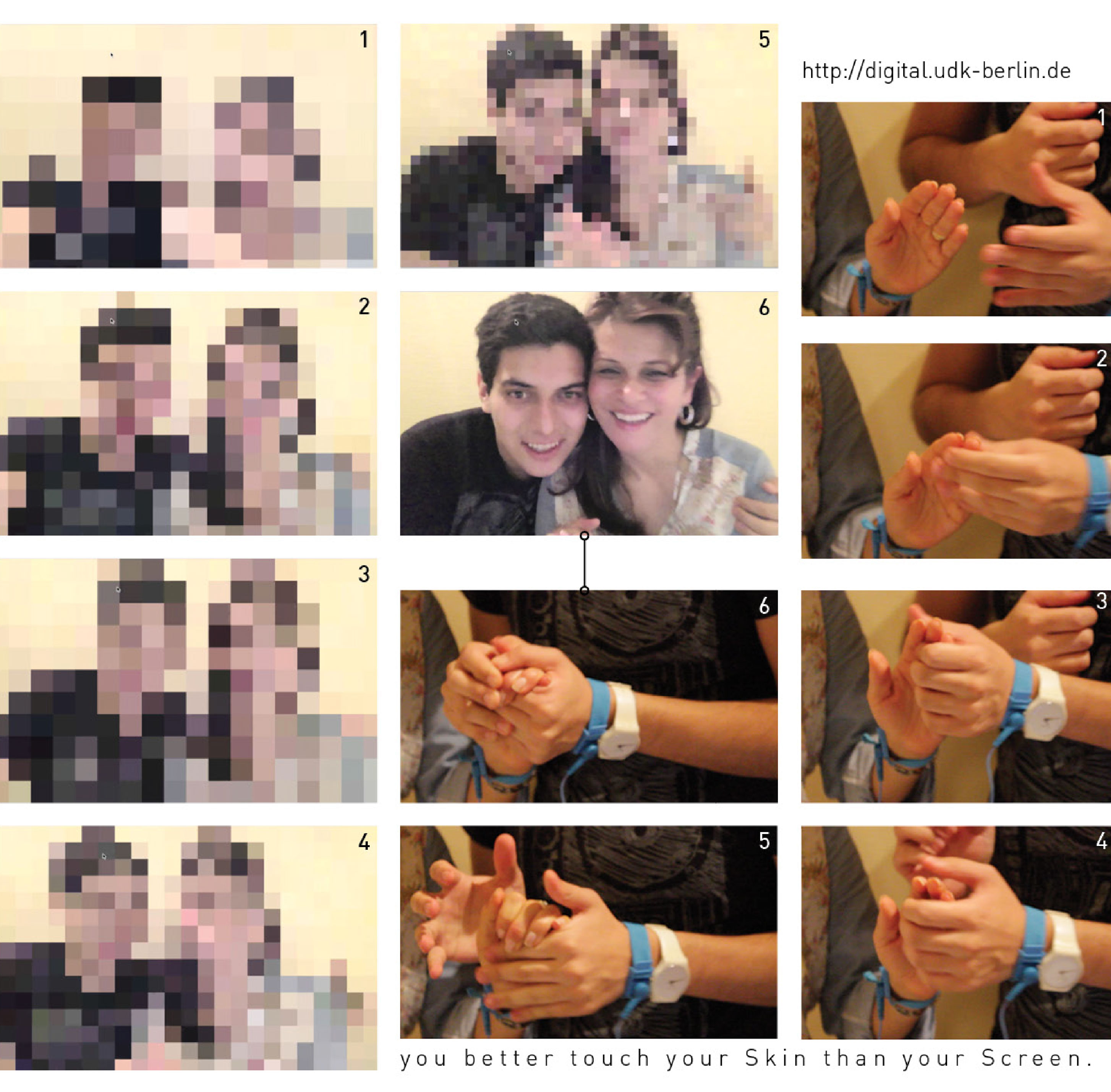 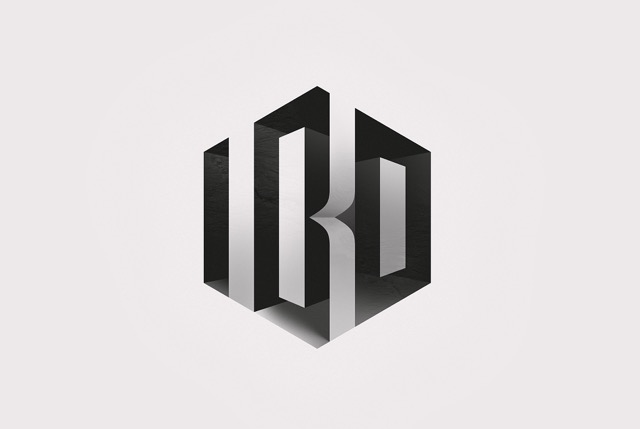